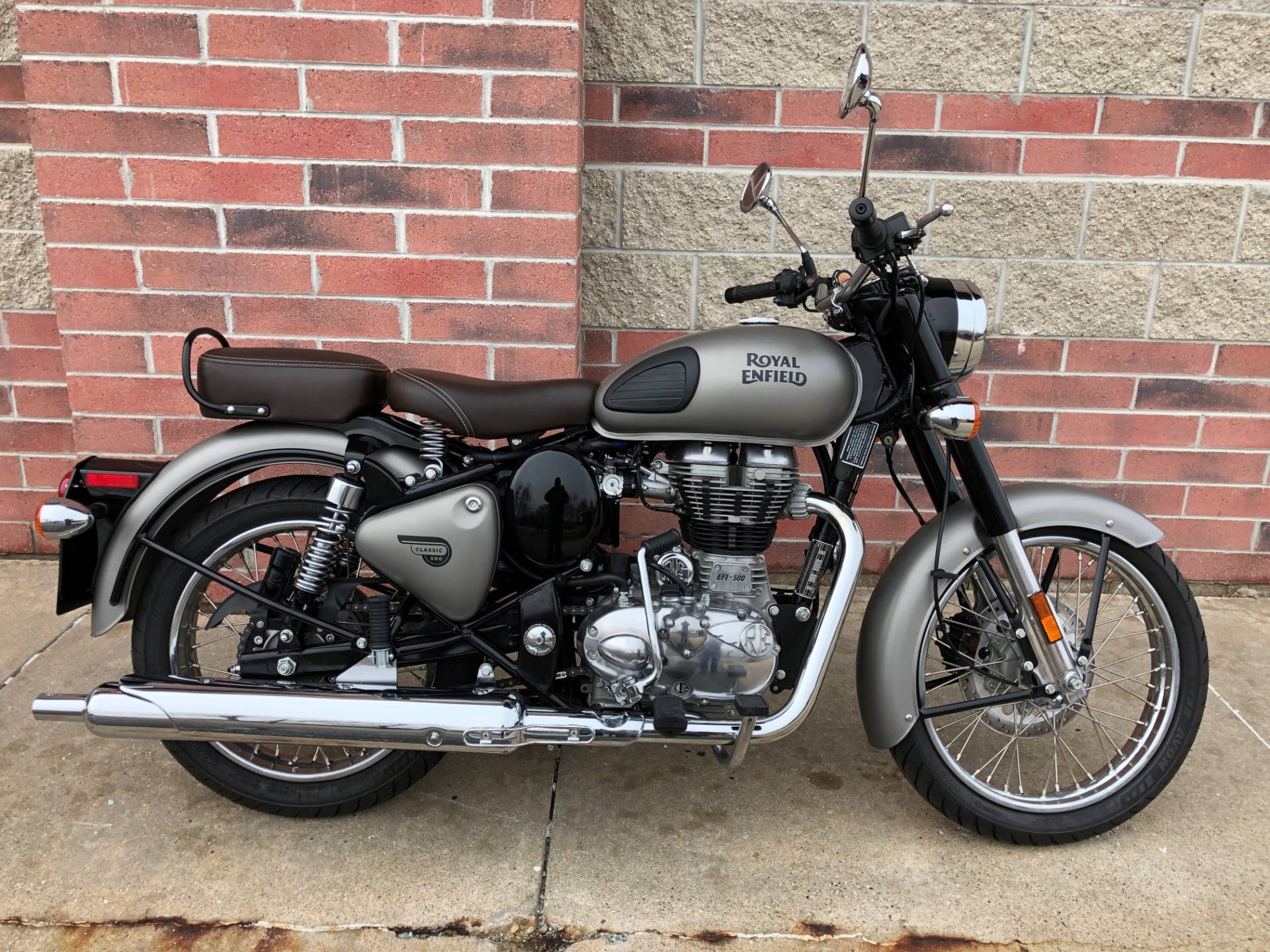 Co to launch a more affordable bike in the 250cc segment, open 350 small outlets in hinterland

Royal Enfield, the cult-bike brand from Eicher Motors, is considering a new 250 cc variant to arrest a slide in volumes and market share, and as part of a broader push to make it more accessible to buyers.

The Royal Enfield brand had gone off the radar of aspiring youth looking for an upgrade, as enthusiasm dampened somewhat due to an increase in prices of about 8-10% over the last couple of years on account of a transition to BS IV emission norms, a spike in insurance cost and the introduction of a mandatory anti-lock braking system.

A slowing economy and about a dozen product launches in the 1 lakh to 1.5 lakh price band also added to the company’s woes.

Under new CEO Vinod Dasari, however, the bike maker has rolled out a plan to set up 350 small outlets in the hinterland, apart from considering a new 250 cc bike variant. The 250 cc study is being carried out by the Indian R&D centre, even as the UK Technical Centre moots new, bigger displacement bikes for the global markets.

RE is also planning to debut a no-frills bike for all its brands, giving a prospective buyer the choice of personalisation and accessorisation.

RE will be able to address the value and premium segment, giving power to prospective buyers, according to the idea pushed by Dasari.

If a prospective buyer does not require all the bells and whistles, he/she can buy a no-frills version, and if the customer wants to spruce up the motorcycle, he/she has the option of adding hosts of accessories to make the vehicle stand out.

According to people in the know, the brand’s prominence and consumer interest remains high. Yet, it is not translating into sales, and factors such as price and features have become critical, which the company needs to address immediately.

When contacted, a company spokesperson declined to comment on future product plans, but said that accessibility had always been important for Royal Enfield in product development and experience.

“We will continue to focus our efforts on bringing classic, evocative and fun-to-ride motorcycles for our customers. We have persistently worked on keeping our motorcycles accessible, from the perspective of availability, ride experience, as well as ownership experience,” the spokesperson said. On the role of customisation, the spokesperson added, “We have a range of genuine motorcycle accessories that allow buyers to customise and personalise their motorcycles. We believe it is a core aspect of self-expression for our riders. We will continue to work towards making this experience more seamless for the customer.”

The company has enjoyed one the highest operating profits among automakers, thanks to its ability to pass on higher costs to customers with ease. However, the moderation in volumes over the past one year suggests that customers’ ability to buy at any price point is gradually waning and rising product prices is emerging as a deterrent to convert enquires into sales. The company’s volumes grew a measly 0.6% in the last fiscal year, its lowest volume growth since 2010.

With a double digit decline in sales for four consecutive months, Royal Enfield is staring at the first year of de-growth in almost a decade and the company is unlikely to meet its production guidance of 9.5 lakh units.

The company admitted that the current dip in volumes is largely related to an economic slowdown rather than brand fatigue. Over last five years, it has been a case of both volume and realisation, where the brand enjoyed a strong pricing power. Experts, however, differ to say that the impact of price increases on volumes in the last nine months indicates brand fatigue is setting in.

To be sure, Royal Enfield has 28.5 million searches on Google, up 9% YoY, which is around 2.37 million searches per month compared with the next three competitors, who rack up searches in the range of 0.6-1.1 million.

The Street is currently pricing in volume growth of 807,000-856,000 for the current fiscal year, which implies growth of -2% to plus 3%. The company has given a production guidance of 950,000 units after the March quarter earnings. This indicates that the Street is not expecting any improvement in volume growth in the near-term.

A new initiative, of Royal Enfield Studio Format Stores, is another step towards ensuring wider accessibility across smaller towns in India.

Royal Enfield has planned to add 350 new Studio Format Stores in 2019-20. This will take the retail touch points to 1,100 towns and cities with 1,350 stores. These stores will have a complete ecosystem of sales, service, spares, apparel, accessories and also rides and events

The company is expecting sales of 12-20 units per month from the small format stores.

Besides, if the small format stores formula clicks, it plans to open more than 1000 outlets in future.

Call to Action! This is your chance to help Freedom and Choice Ring It’s amazing, in a world go ...