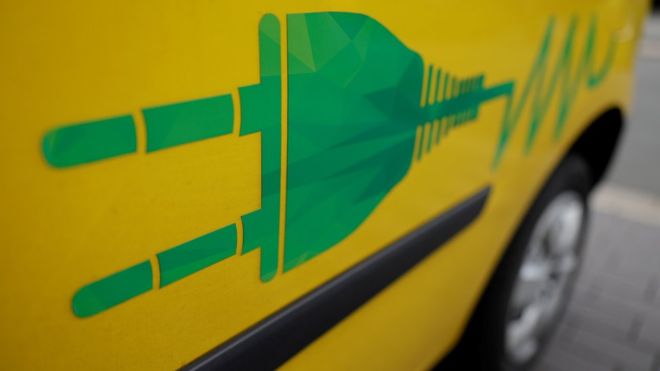 New electric vehicles will have to feature a noise-emitting device, under an EU rule coming into force on Monday.

It follows concerns that low-emission cars and vans are too quiet, putting pedestrians at risk because they cannot be heard as they approach.

All new types of four-wheel electric vehicle must be fitted with the device, which sounds like a traditional engine.

A car’s acoustic vehicle alert system (Avas) must sound when reversing or travelling below 12mph (19km/h).

The EU says the cars are most likely to be near pedestrians when they are backing up or driving slowly, although drivers will have the power to deactivate the devices if they think it is necessary.

The charity Guide Dogs – which had complained it was difficult to hear low-emission cars approaching – welcomed the change, but said electric vehicles should make a sound at all speeds.

Roads minister Michael Ellis said the government wanted “the benefits of green transport to be felt by everyone” and understood the concerns of the visually impaired.

“This new requirement will give pedestrians added confidence when crossing the road,” he added.

From 2021 all new electric cars must have an Avas, not just new models.

The government has announced plans to ban new petrol and diesel cars and vans being sold by 2040.

Alternatively-fuelled vehicles made up 6.6% of the new car market in May, compared with 5.6% during the same month in 2018.

Call to Action! This is your chance to help Freedom and Choice Ring It’s amazing, in a world go ...